From the raffle we raised £78.00, thank you to all those who bought tickets.

The children all enjoyed their Christmas parties this week. Please enjoy the gallery below.

A big thank you to our wonderful PA for a fantastic Christmas Fair! With your support they managed to raise over £1000 for the school, which is great news. 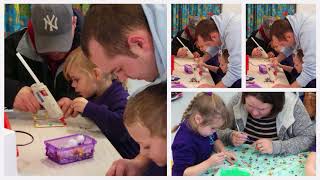 Please see our gallery of pictures from the Friars' Winter Wonderland. We thank all parents who were able to come and spend the afternoon with us and hope that next year more of you can join us. Have a wonderful holiday!

Achievement Certificates Congratulations to the children who were awarded weekly achievement certificates in assembly. Children were also awarded certificates for excellent effort this half term – Well done! Your teachers are very proud of you! Key word Certificates These children have worked hard to learn their key words this week – keep up the good work! Buddy Certificates Mr Roche presented the whole of Key Stage 1 with a ‘Buddy Certificate’ for working so well as a team d 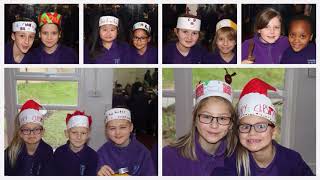 A big thank you to Mrs Stephens and her wonderful kitchen staff for a yummy Christmas lunch, enjoyed and appreciated by all! 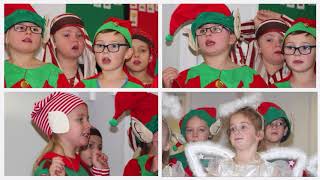 Congratulations to our Year 4 girls who won this magnificent trophy in their cheerleading competition with Essex Stars. Keep up the good work! 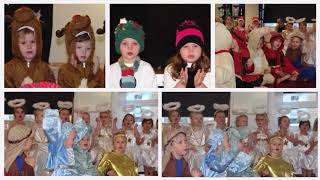 On Saturday 2nd December, year 5/6 football team went to Bournes Green to have a football tournament. The first three games we didn’t play but we watched. The first game was Hamstel vs College St Pierre. Then we watched Darlinghurst vs Chalkwell. The final game we watched was Leigh North Street vs St Mary' s. Then we finally played Temple Sutton and we unfortunately lost 2-0.Then we missed two games and then we played St Mary’s and it was 0-0. Then we missed two games and the
1
2